I've said it before and I'll say it again... everything looks like boobies after a mastectomy! The linzer tarts, the frosted ceiling lights, wall-mounted fire hydrants (the kind built for two hoses)... Sometimes I'm not even conscious of the fact I've just thought "see? boobies" out loud.

Exhibit A: The dogs' Kongs. Just fill with peanut butter and enjoy! Hey, if I were a poodle, I'd love them too. It was just a bit jolting to have this vision greet me first thing in the morning...two angry, painful nipples. At least we give the dogs creamy peanut butter. 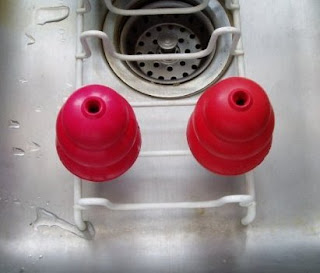 Exhibit B: Laguna agate at the Jewelbox. Now these aren't necessarily boobs I would want. As a matter of fact, they kinda remind me of what I got rid of in 1986. Voluntarily. These are the DDD's of a mature woman. You can tell by the rings... like a tree trunk. 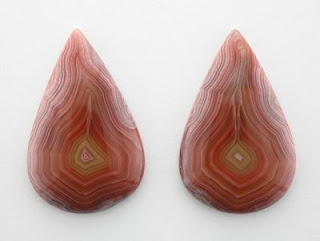 Exhibit C:  Australian Opal. This is like seeing boobs in a cloud formation. Opals photograph oddly in that opals are 3-D, but when I look at this opal, I see a mermaid... hiding in her magical sea...but you only see her mid-section. Some people see Bart Simpson's eyes... which come to think of it, look like boobs! 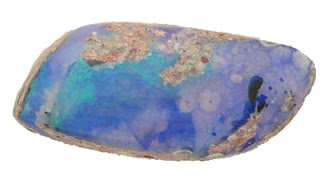 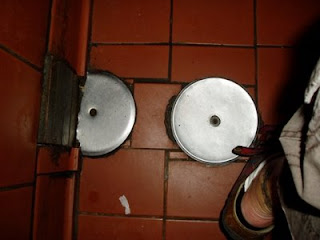 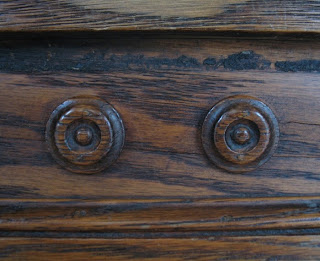 Wow, I really need to find something more re-constructive to do with my time.
Maybe a gallery show. Or a wall calendar.
It is so when other people send me photos for the collection.
Awareness - It works! Time to update the collection:

Exhibit E: Contributed from Mike: Thanks! Must be nippy in Southern California! 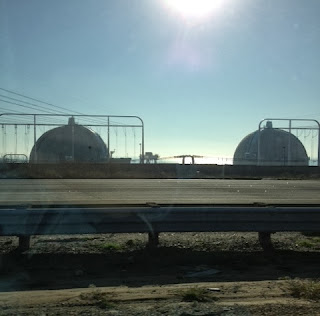 Exhibit F: I became quite the Picasso on the treadmill training for the Avon Walk. 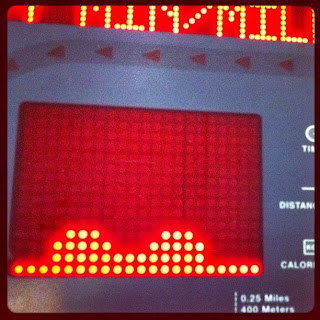 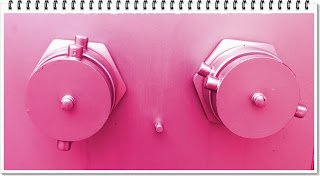 Exhibit H:  Remnants of a Chardonnay. My empty wine glass. Pushing it? I love living in the Finger Lakes! 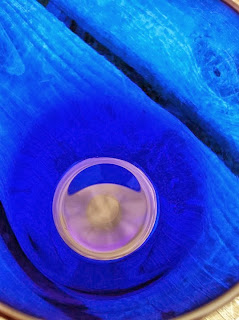 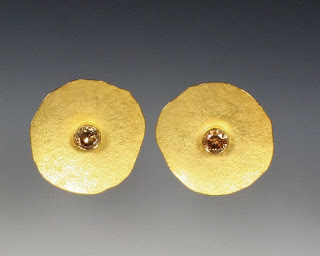 There are still a few hummus appetizers, decorative lamp fixtures and NYC silhouetted water tanks in my files. Will post when I find. Maybe a photo exhibit at the coffee shop?